How To Catch Red Snapper

Red snappers are excellent tasting reef fish and one of the most fished-for species in the Gulf of Mexico. Found around almost any bottom structure and wrecks, the fish are easy to find but only have a short harvest window due to regulations, and finding larger trophy fish can be rare.

In this all-new guide, you’ll learn:

In order to catch fish consistently, you need to know the behaviors and tendencies of your target species. Here we’ll go over some common facts about red snappers, where they spend their time, how to tell them apart from other snappers, and what they eat.

Where can I Catch Red Snappers?

Red snappers are reef fish and spend most of their time around offshore structures. Wrecks, reefs, stone piles, even submerged chicken coops are likely to have red snapper on them.

Snappers tend to school with other snappers of similar size, so you aren’t likely to find big fish hanging around smaller ones. Any bottom structure can hold baitfish and snapper, so make sure you don’t overlook promising spots. Expect the red snapper to be suspended above the structure, especially the bigger ones that don’t need to hide.

How to Identify Red Snapper

Red snappers tend to look like their other cousin snapper but have distinct features that help identify them. They are, of course, overall reddish-pink and have red-eye. Their canine teeth are less pronounced than other snapper species.

Generally, red snappers don’t grow to over 20 pounds, with most specimens ranging between one to eight pounds. They can and do grow to well over forty pounds, but these cases are pretty rare.

Targeting red snapper can be as easy as dropping a bait down to the bottom and waiting on a bite. You’ll end up catching plenty of small snappers this way and can end up having a great fishing day if all you want to do is reel in a few fish. It also makes the red snapper a great fish to target for beginners.

Another reason red snappers are a great beginner fish is that there is less to worry about. One good thing about snapper is you don’t have to worry about the time of day, currents, tides, or moon phases to catch fish. Instead, you find where the fish are, and they’ll usually readily gobble up baits.

Best Places to Find Them

In the Gulf, pretty much any offshore structure will hold some red snapper. It isn’t uncommon to find a few hiding inside deep holes in bays and inlets as well. You can ask around for some coordinates, but don’t expect anglers to give up their honey holes. Your best bets starting are public coordinates of wrecks and reefs. While you head out to those, use a bottom finder to mark coordinates of structures for you to check on other days.

You can fish red snapper with just about any gear you want, but fishing over 90 feet of water requires heavier equipment. A medium-heavy boat rod and large spinning reel are usually enough to handle most red snappers. However, when fishing larger baits for the biggest snapper, a small conventional reel and heavier boat roids may become necessary.

Live baits such as ribbonfish, cigar minnows, and pilchards are fantastic baits for big red snapper. You’ll also find plenty of success fishing cut baits like squid, baitfish, and shrimp. Red snapper will also take lures like speed jigs that can get down to the bottom quickly.

Rigging baits for snapper is easy, as all you need to do is snugly get a cut bait onto a hook and ensure it’s weighted enough to get down to the bottom. A popular rig for big red snapper is an 11/0 circle hook on a Carolina rig and a 4-ounce lead. You can hook multiple small baitfish through the head and thread them onto the hook as a tempting bait for bigger fish.

#1: Be prepared to release fish safely

Red snappers are used to staying at depth, with different pressures being applied to their bodies. When you reel them in incredibly quickly, it causes their air bladder to expand and sometimes stick out of the fish. Without releasing gas from the bladder, the fish can’t swim back down and will die. You’ll need to assist the fish by venting the bladder with a needle or using an assist line to help it get back to depth.

Even small structures can hold baitfish, and therefore big fish. Sometimes big snappers will hang around structures that only rise a few inches off a hard bottom. It can be tricky to find them with your bottom-finder since they largely get ignored by most boaters. Look for individual fish holding above these spots instead of big schools or large structures since blogger snappers are more spread out than smaller ones. It can help you find sites that are fished less frequently that are also more likely to hold bigger snapper.

Yes, dropping a piece of squid, shrimp, or baitfish will likely get a snapper to bite. But it’s more likely a smaller one will grab it before a big fish. If your bite on dead bait is slow or you want to hook into larger fish, switch to live baits like cigar minnows, pilchards, sand perch, and ribbonfish. It can also be helpful to fish a speed jig on top of dropping baits, as your varied approach lets you figure out which bait you’ll have the best success with at that location on that day.

If you aren’t catching fish in the size you want, it’s more likely than not the bigger snapper isn’t around. Red snapper school and fish of a similar size, so a spot dominated by 2-pound fish will mainly produce 2-pound fish. If you’re catching a ton of grouper, ruby red lips, or other bottom fish instead of snapper, you should also find a new spot. Those fish dominate the area, and it’ll be difficult to hook the snapper you’re after.

#5: Put in the time to know what you’re doing

Snapper fishing is an art that takes a ton of time and experience to get good at, especially hunting the big ones. So if you want those kinds of fish consistently, you’ll want to look for unfished spots and keep detailed fishing records and maps to stay on top of it. Time on the water is your best friend in that case. Don’t forget, though, there isn’t anything wrong with just catching fish for fun and not minding what size they are. In that case, public spots and spots you find are going to be perfectly sufficient for you. 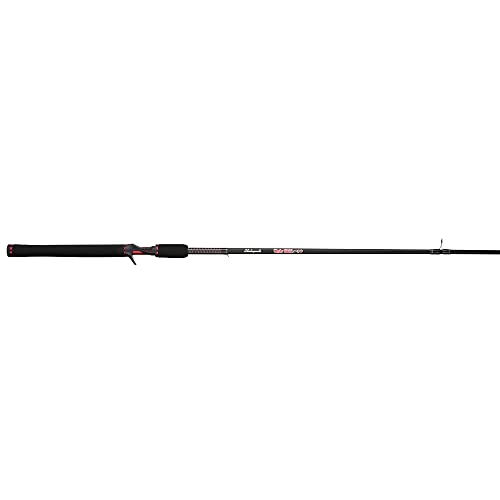 Coming in a variety of sizes, the Ugly Stik GX2 is a durable and reliable rod that will work great with a small conventional reel. It’s plenty strong for hauling up snapper, but also light enough to keep from tiring you out. You can go with longer, lighter rods for lures or a shorter, thicker rod for deep dropping. 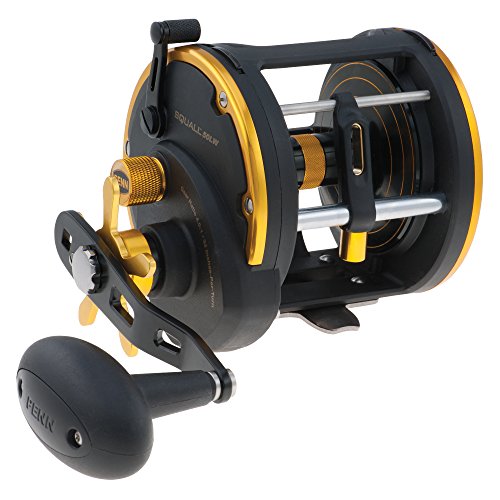 The Squall is a great offshore conventional reel that comes in quite a few sizes to match the fish you’re after. For snapper and other medium reef fish, I’d recommend the 20 or 30 sizes, but if you plan to fish huge grouper, amberjack, or troll then go for the 50. The level wind ensures your line gets on the spool smooth and the reel has plenty of power and line capacity to handle the reef fish you’re targeting.

Almost any fresh bait you throw down to a snapper is going to do well. Use small baitfish, squid, and whole shrimp as your go-to dead bait options. For live bait, drop a sabiki rig down and catch a few small baitfish and then use them. Pilchards, bull minnows, and ribbonfish work exceptionally well on larger snapper.

Red snapper can be a fantastic option for beginning offshore fishermen to whet their appetites. If you aren’t concerned with finding the largest snapper, they’re an easy and delicious fish to go out and catch. For fishermen looking for trophy fish, be sure to put in the time and effort to locate spots that hold big fish, and then don’t overfish any areas to keep their numbers up for later trips.